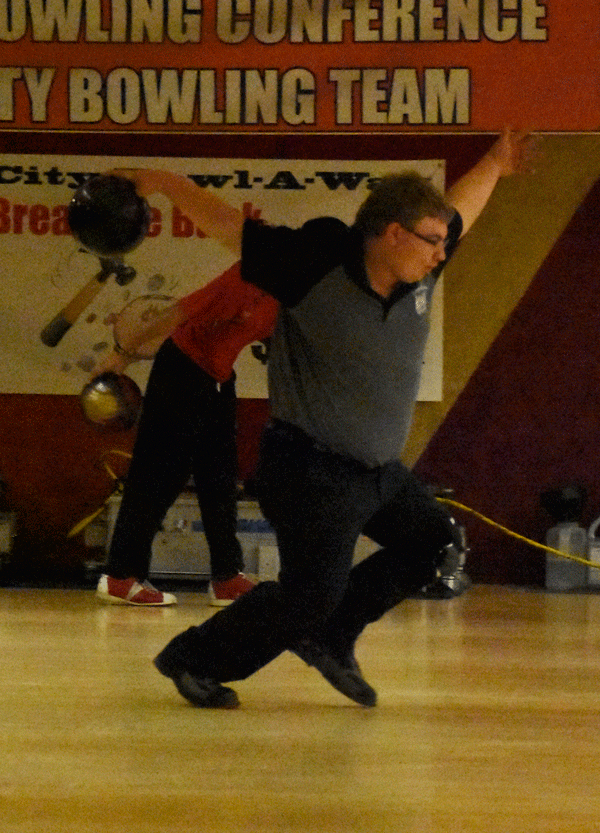 Napoleon's Levi Anderson brings the ball up during his backswing in a practice shot before the Cats' match against Bowling Green Monday at River City Bowl-A-Way. 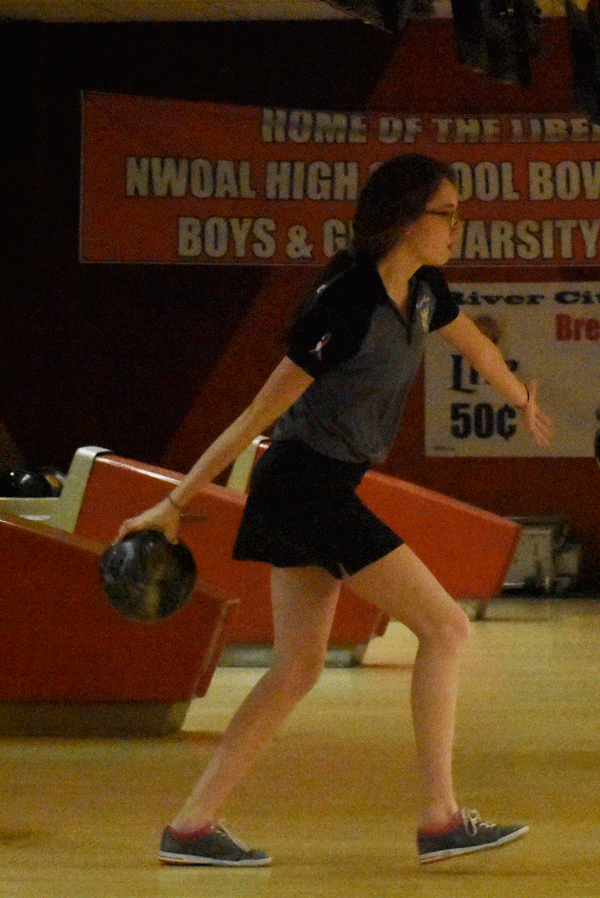 Napoleon's Levi Anderson brings the ball up during his backswing in a practice shot before the Cats' match against Bowling Green Monday at River City Bowl-A-Way.

The Napoleon bowling teams faced off in a pair of key Northern Lakes League bowling matches Monday at River City Bowl-A-Way, with the girls beating Bowling Green 2436-2293 to move two games up in the standings and the boys falling 2591-2357 to the Bobcats, slipping one game back in the standings.

In girls action, Spencer Schwaiger led the Lady Cats with a 417 series, while Jalin Ruple added a 406 and Heather McMahan a 397.

Lily Gubernath rolled a 275 in game one for her lone game on the scorecard, while Abigail Detmer contributed a pair of 180 games to finish with a 360 set. Ella Fox rolled a 159 to round out the scoring for Napoleon.

Kelly Miller led the Lady Bobcats with a 452 series, rolling a 240 in game one, while Linda Alfaro’s 231 paced a 408 series. Jenna Kirian added a 358 series, while Tyler Pacheco added a 352 and Mia Herrera a 271 to round out the scoring for Bowling Green.

In boys action, Colin Fahy led all bowlers with a 498 series, including a 288 in game one, while James Alfaro averaged a 235 across two games for a 470 series.

Clayton Genson added a 418 for Bowling Green, which also got a 320 series from Dillon Smalls. Miguel Lorenzen (173) and Brandon Knell (156) rounded out the scoring for the Bobcats.

The Cats were led by Levi Anderson’s 403 series. Anderson rolled a 222 in game three, while Jacob Hull added a 390 series and Ashton Kiessling a 377.

The loss drops Napoleon one game back of the Bobcats, who came into the match tied for the league lead with the Cats.