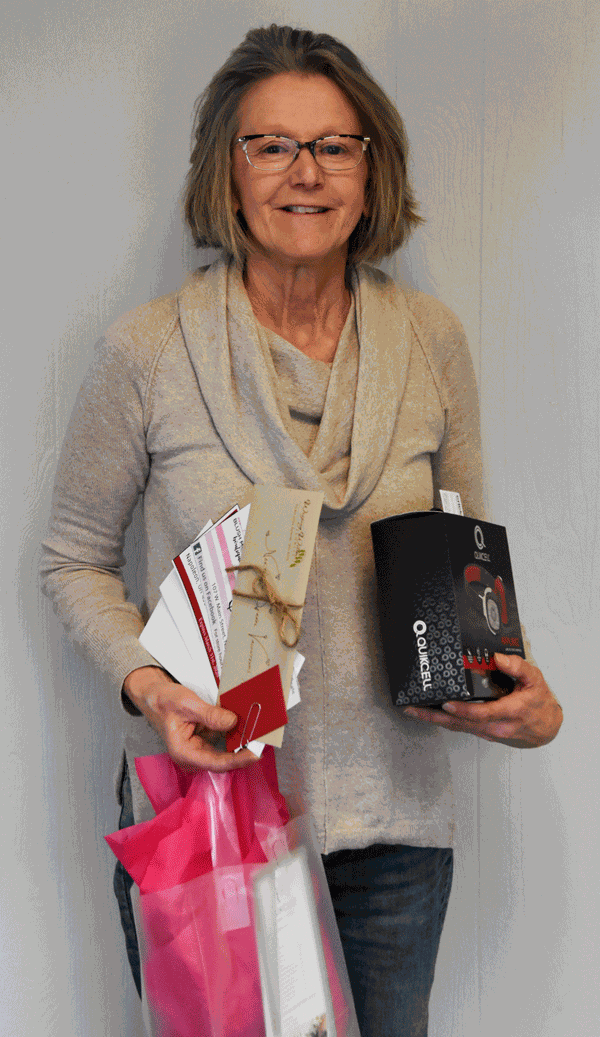 Authorities allege, on Jan. 17-18, Barnett caused the death of another as a result of committing or attempting to commit a felony — aiding or abetting another to obtain, possess or use a schedule I or schedule II controlled substance. She is also charged with reckless homicide in the death, as well as felonious assault in connection with another individual.

Authorities also allege, during the same Jan. 17-18 time period, Barnett prepared or distributed a schedule I or II controlled substance and permitted her vehicle to be used in the trafficking.

She was arrested Tuesday by the Fulton County Sheriff’s Office and is currently at the Corrections Center of Northwest Ohio.

After initially proposing to have some say ahead of time on murals painted in the downtown, a city committee has decided to leave things as is for now.

The Napoleon Municipal Properties, Buildings, Land Use and Economic Development Committee has been discussing the issue in light of at least one mural set to be painted on a downtown building in the near future. There have also been discussions of others being painted.

Last month, the committee suggested designs of murals should be brought before it for prior approval to make sure nothing lewd or improper was being put on the side of buildings.

However, it also asked Napoleon Law Director Billy Harmon to research the topic so as not to inadvertently violate any First Amendment rights of free speech.

Staff also checked what other municipalities have done.

City Manager Joel Mazur said the City of Worthington a few years ago also tackled the issue and reviewed a couple of planned mural designs. He said one proposal was not to the city’s liking, and a task force was initially formed but then city officials decided to leave the matter up to its sign code.

Harmon said he believes the city’s current sign code, coupled with state laws, are enough to legislate the issue.

“I don’t think we should regulate any further than we currently do in the sign code,” Harmon said.

He added the only community locally that has tackled the issue is Toledo, which has some code sections stating permits are needed for murals. The city arts commission also tries to regulate murals or artwork in public spaces.

Harmon also said some other communities in the area that are more Napoleon’s size specifically exempt murals from their sign code.

“Ours doesn’t quite go that far, but it does make clear the majority of it deals with commercial speech,” Harmon said.

“We have ordinance and state statutes in place to regulate certain things that might be of concern, such as obscene material or lewd material or graffiti,” said Harmon.

He added the city’s sign code would likely be the most defensible argument if a case should go to court because it is content neutral with some restrictions on commercial speech.

Harmon also said the Napoleon Preservation District could potentially have a say if artwork were put up in the city’s preservation district.

“To suggest that the (mural currently being planned) needed to come here for approval in any way, there are no regulations on our books regulating something like that,” Harmon said.

Two individuals have joined the Napoleon Area City Schools Board of Education within the last two months. Ryan Crandall was appointed to the board and sworn into office during Wednesday's meeting, and Erika Damman was elected in November and was sworn into office in January.

Ryan Crandall was appointed to the Napoleon Area City Schools Board of Education during Wednesday’s meeting and was sworn into office (pictured).

In January, Erika Damman was sworn into office as a member of the Napoleon Area City Schools Board of Education.

Two new members have joined the Napoleon Area City Schools Board of Education this year.

On Wednesday, the board appointed Ryan Crandall of Napoleon to serve as its newest member, and he will fill the remainder of the term of Rob Rettig, who stepped down in January. That term ends Dec. 31, 2021. Also, Erika Damman of Napoleon was elected to the board in November and took office in January, filling the seat left by Frank Cashman, who opted not to seek re-election.

“I’m excited to start this board position,” he said, adding he walked around the campus Tuesday with Superintendent Erik Belcher. “I graduated here almost 20 years ago but a lot’s changed. It’s pretty exciting to see some of the opportunities going on.

“A lot has changed, and for the better,” he added. “It’s exciting to be a part of some of the positive things going on here, so thank you.”

First and foremost, Crandall said his four children — Adam, Charlie, Nicholas and Jack — all of whom are 8 years old and younger, are the driving force behind applying for the position.

“I have two in the school system now and I’ll have four eventually here, so it’s probably the number one thing driving me with this,” he said. “Secondarily, I’ve always had an outside interest in the board.”

That interest moved to the forefront with news of Rettig’s resignation and, after talking with his wife, Audrey, they decided the timing was right.

“I’m going in with pretty much a blank slate — a ... big-picture goal of just aiding in creating the kind of environment that I picture my kids growing up with in this school system,” he said.

Damman is a native of Napoleon, graduating from Napoleon High School in 1995. She graduated from Miami University with a bachelor of science in business, with a major in accounting and a minor in economics. She is employed by Sauder Woodworking in Archbold, working in human resources and with staffing — recruiting, hiring, outreach and onboarding, some of which has brought her into area high schools.

Damman said joining the board was something she’s considered for the past few years.

“I’ve been attending the meetings for awhile now, and it really helped with my decision,” Damman said. “It helped to transition into a board member more easily.”

Damman said her main reason for seeking the board seat was her family — her children, Adrienne, who’s in sixth grade, and Luke, a fourth grader, and her husband, Barry.

“Being in the community and having grown up in the community, I definitely care about my kids’ education and I want to see our school system and the Napoleon community thrive,” Damman said. “With my kids the ages they are ... I’m at a point in my life when I feel like I have the time to give back.”

Damman said she’s looking forward to serve on the board.

“The other board members have been very supportive so far and helpful,” Damman said. “Superintendent Belcher is bringing a positive energy with him with his leadership style and I think that’s only going to lead to great things for the district.”

Hoops graduated from Patrick Henry High School in 1977 and received an athletic scholarship to play Division 1 basketball at Northwest State of Louisiana. After receiving his degree in business and computer science, Hoops was invited to join the Athletes in Action basketball team located in British Columbia, Canada. It was a team of former college players that used the game of basketball as a platform to talk about a relationship with Jesus Christ. The team played Division 1 schools that included Duke, Maryland, Michigan, Louisville, Arizona, and Oregon and national teams from China, Canada and Japan.

After three years with A.I.A., at age 26, Hoops was appointed Henry County auditor in 1985. He served as the auditor for 13 years until 1998, when he was elected to serve as state representative of the 81st House District serving the counties of Henry, Putnam, Paulding, Van Wert and part of Defiance. During his time as state representative, he served on committees that included education, public utilities, local government, ways and means and finance. While on the Finance Committee, he was asked by the Ohio House speaker to serve as finance chair for the Health & Human Services sub-committee.

In 2007, he went on to work for American Municipal Power (AMP) in Columbus in the finance department. During his eight years at AMP, he was part of the finance team that structured more than $6 billion in financing to build a clean coal power plant in Illinois, four hydro plants along the Ohio River and a natural gas plant in Fremont. In January of 2015, he joined the Northwest State Community College team and served as associate vice president for strategic initiatives for the college. In January of 2018, another opportunity arose to serve northwest Ohio in Columbus when he was appointed as the state representative of the 81st House District.

Hoops also walks dogs at the Henry County Humane Society and was elected the treasurer of the organization, as well as serves as an account manager for the United Way of Henry County.

MINNEAPOLIS (AP) — Target admits a onesie it carried in some stores misidentified the mascot for the largest university in its home state.

The Minneapolis-based retail giant apologized to University of Minnesota Golden Gophers fans Tuesday for carrying a maroon onesie with the words “Minnesota Badgers,” the nickname of Big Ten rival Wisconsin.

The fan website GopherHole.com tweeted a photo from a woman who noticed the onesies while shopping Sunday at a Target in Minneapolis.

“Color us red,” Target said in a statement. “As a Minnesota-based company, we know we are home to the Gophers.”

Kileigh Carpenter, a former University of Minnesota employee who spotted the onesie, told the Star Tribune she was “happy to see both fan bases unite.”

The onesies were available at four Minneapolis-area stores. Target said two were purchased and the remaining 22 were returned to the vendor.