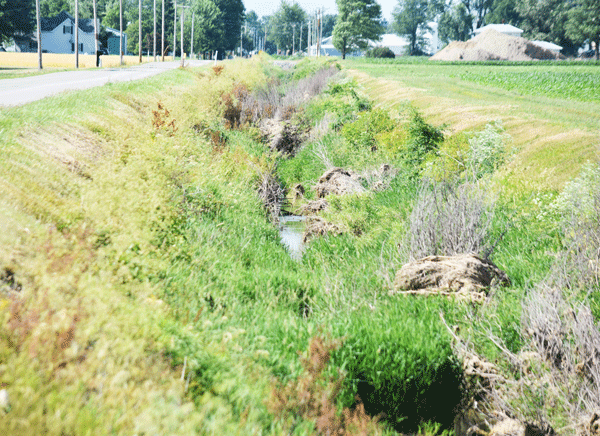 An invasive, and dangerous, species of plant seen in southern Ohio just a few years ago has made its way to northwest Ohio.

Poison-hemlock was seen growing in southern Ohio in 2017, but recently it has been seen in parts of Henry County.

“I think it’s been around for awhile in the area, but with the mild winter we had it just explode in the southern part of the county, and now we’re seeing it some in the northern part,” said Bob George of Henry Soil and Water Conservation District.

He added large groupings of the plant have been seen in Holgate and Hamler.

According to the Ohio State University College of Food, Agricultural and Environmental Sciences, every part of the plant contains toxic substances that can lead to respiratory failure in humans and animals.

While it typically can be found growing along ditches and railroad tracks, George said a special concern right now is poison-hemlock is sometimes being found in agricultural fields.

“It’s very deadly to livestock,” George said. “For instance, if it’s in a wheat field and the farmer makes straw from there to feed livestock they could ingest it.”

According to the U.S. Department of Agriculture, cattle can be poisoned from eating as little as 300-500 grams and may die within a few hours after consumption. Toxicity changes little if plants are fermented with silage or dried in hay.

Another problem is the possibility of children getting into it, even if they aren’t ingesting it.

“It causes a rash that can be really bad, sometimes worse than what you see with poison ivy,” George said.

He added it can often be confused with Queen Ann’s Lace, though poison-hemlock grows taller, up to 6-10 feet. It also resembles wild carrot.

Poison-hemlock can be controlled with herbicides, such as 2,4-D or Roundup.

“You have to be careful when spraying for it,” George said. “2,4-D is good because if you’re spraying in ditches it won’t kill the grass. Roundup will kill it but it’ll also kill everything else.”

He added Henry Soil and Water Conservation District crews have a regular ditch maintenance schedule of the more than 400 miles of ditches it is responsible for in the county. Those crews have been spraying in ditches on this year’s schedule, but George said they have been getting requests to spray in other ditches as well.

Due to the lack of manpower, those requests often cannot be fulfilled.

The plants can also be mowed or tilled over.

“People need to educate themselves on how to handle it.”

Below are some additional facts about poison-hemlock, courtesy of the Ohio State University College of Food, Agricultural and Environmental Sciences.

Man's warning after he contracted coronavirus at bar