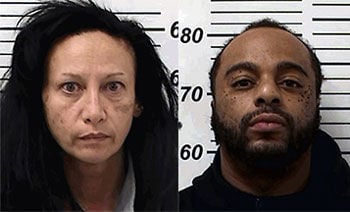 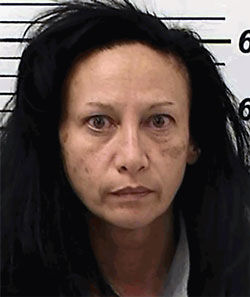 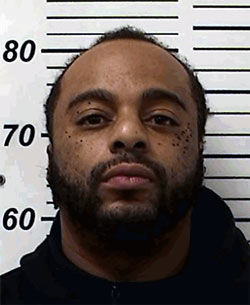 Two individuals from Michigan were arrested Tuesday in Napoleon and charged with first-degree drug trafficking.

According to Multi-Area Narcotics (MAN) Task Force Commander Max Nofziger, the arrests were the conclusion of an investigation into methamphetamine and heroin trafficking in northwest Ohio.

Tyler R. Abston, 31, of Jackson, Michigan, and Vicki Witmer, 50, of Gladwin, Michigan were both arrested and charged with trafficking in heroin and trafficking in methamphetamine, first-degree felonies.

They were transported to the Corrections Center of Northwest Ohio and appeared by video Wednesday in Napoleon Municipal Court.

Both Abston and Witmer requested court-appointed counsel, and the court determined they qualified. Preliminary hearings are scheduled for 1:30 p.m. and 1:45 p.m. Oct. 31.

Bond was set at $250,000 each under the condition they must sign a waiver of extradition.

Nofziger also reported more than 20 ounces of methamphetamine and more than four ounces of heroin/fentanyl mixture were seized during the course of the investigation. The case will be presented to a Henry County Grand Jury for further charges and other suspects involved.

One on one with Dutch star Vivianne Miedema