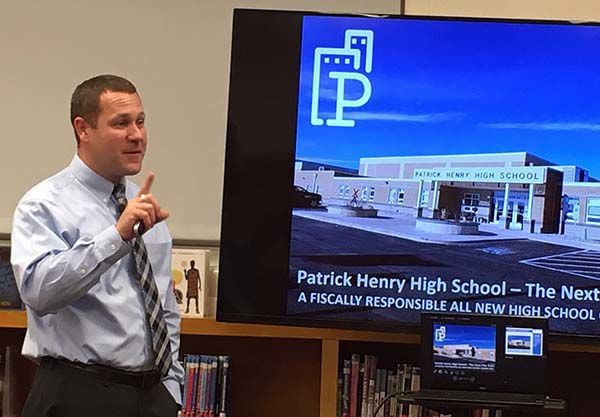 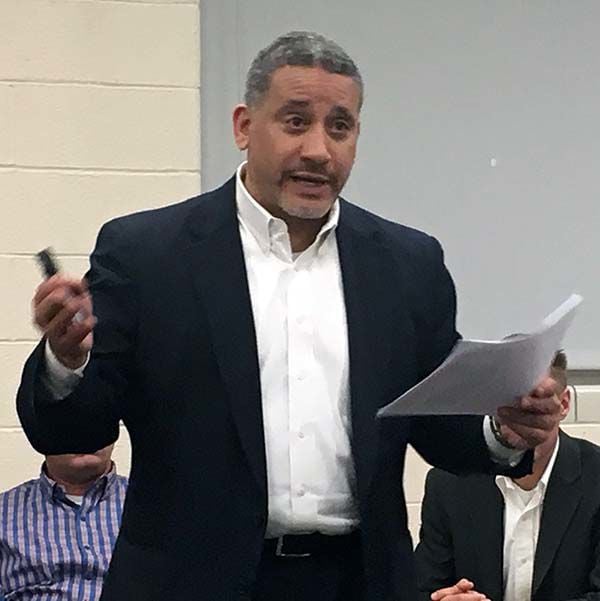 HAMLER — The Patrick Henry Local Schools Board of Education Monday approved a letter of commitment with Prodigy Building Solutions in order to update the high school.

These updates follow a “phase one” of work done to the school with Prodigy that made heating, ventilation and air conditioning renovations along with electrical work, minor interior work, a lighting upgrade and bus lot paving.

Bob Haun and Chris Direnzi of Prodigy were in attendance at Monday’s meeting to make a presentation on the proposed work.

In speaking of a phase two, the work revolved around updating the high school’s infrastructure, remodeling and updating functionality to keep the school running efficiently over “the next 50 years.”

In reviewing the cost of phase two, it was reported the budget is estimated to range from $13.5-$16.6 million. In comparison, phase one had a reported cost of $1.698 million, but Prodigy reported the discussed phase two work is a “very fiscally-responsible project” for the district. The Ohio Facilities Construction Commission has a construction factor that states new facilities should only be built if the factor is greater than 66%, and the PH district’s factor was reported to currently be 49.6%.

It was reported final engineering and a few more decisions need to be made before Prodigy can pin down a finalized budget number.

The project will also continue to look at electrical and plumbing updates to replace in-floor electrical wires, water lines and sewer lines as necessary. Haun noted some of the sewer lines on the campus have become corroded or blocked, and the in-floor wires will continue the work from phase one that upgraded lines coming into the building.

A new roof will also be considered, with only one section of the roof being suggested as an alternate option for bidding.

Haun showed a thermal scan of the school’s roof and pointed out areas where the roof was “showing its age.” A synthetic rubber roofing membrane is being suggested, with tapered insulation and new edge metal also planned for the work.

The roof work will also remove the abandoned exhaust equipment, and a 30-year warranty on the roof will also be pursued.

Going over remodeling work proposed for “phase two,” the hallways are planned to have epoxy flooring, new lockers and new paint and accents to “modernize” the look of the building. Direnzi added entrance headers, new trophy casework and new interior doors are also planned.

Updates to the boys and girls restrooms are also in the plans, with larger stalls, better lighting, and an epoxy floor, along with new sinks and driers. Direnzi noted the walls will need to be moved to accommodate the bathroom renovations, which will result in a redesign to the girls’ locker room with a tray ceiling, new lockers, epoxy floor and a shower remodel. He added the boys’ locker room will also receive updates.

The classrooms will be updated with new casework, furniture, technology, paint and LED lighting. Direnzi said vinyl flooring will be installed, as it is low-maintenance, yet durable. He said the flooring choices throughout the project have been made to ease the necessary maintenance on them, noting these materials will not require an annual wax.

The gymnasium will have its floor replaced, bleacher work to include Americans with Disabilities Act accessibility, an enhanced sound system, and new basketball hoops, wall pads and divider curtain. The kitchen is slated to receive an enhanced serving line, a fresh vegetable station, enhanced equipment, and additional storage and plumbing work.

Direnzi said furniture will be the “most visible” update in the phase, and told the board a focus group was in place to choose furniture most conducive to learning environments and teaching methods.

Direnzi said Prodigy is planning an “aggressive schedule” for phase two work, with contingencies built into the plans. The work is slated to begin as soon as this year’s Christmas break, which allows crews to remove flooring and do some cosmetic work in the building.

Work on the restrooms, theater and roofing would likely begin in March. Direnzi said the plan is to have both restrooms completed in time for graduation in 2020.

The ceilings would be removed in May for any replacements being made, and the heavy classroom work would then begin in June. Direnzi said the time table has most of the clean-up work being done in August, with students resuming classes by September. He said some of the final details of the phase two work may continue through the remainder of 2020.

David Conley, president of Rockmill Financial Group, was also in attendance Monday to update the board on financing the project. It was reported the project timing is a benefit to the district because of revenues received from area pipelines and a recent decision to refinance certificates of participation (CoPs) recently used by the district.

Rockmill originally started working with the district in 2013 as a financial advisor when it began pursuing the means to construct its current elementary school. This resulted in the district utilizing the certificates of participation, and it was reported $9 million in CoPs were issued for that purpose in 2014.

Conley reported the district still has approximately $8.6 million outstanding on those CoPs. The certificates were recently addressed with the board, and Conley Monday said the refinancing resulted in just more than $600,000 saved.

Conley was also involved in reviewing options for the phase two improvements, and it was noted that conservative projections estimated the district could potentially borrow up to $22 million for the work, but $17 million was the amount pursued. The board authorized the CoPs in October, and a rating presentation was made Oct. 30.

Conley reported the district’s financial rating improved once again to an A+ rating on Nov. 7. A circular was distributed to potential investors Nov. 14, the CoPs were sold Nov. 20, and it was reported the process will be closed and the district will have the money banked by an estimated date of Dec. 12.

Conley said the low-interest rate market and rating upgrade “provided exceptional results” and there was good demand for the CoPs, resulting in lower rates.

“This is evidence there are investors across the country that think highly of your community that they are willing to invest $17 million into the school,” Conley said.

“From this information, it’s evident this is a good deal for the district and students,” Board Member Eric Bostelman said about the presentations.

CNN Heroes: Jon Bon Jovi is helping his community through the pandemic

Biden promises investment in clean energy, jobs of the future