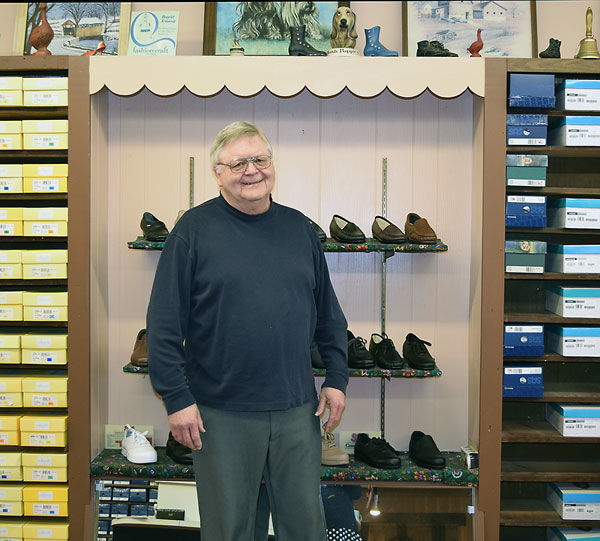 Wendt Shoes is wrapping up its 100th year in Napoleon. Owner Don Wiemken started working at the business in 1970 and purchased it in 1992. 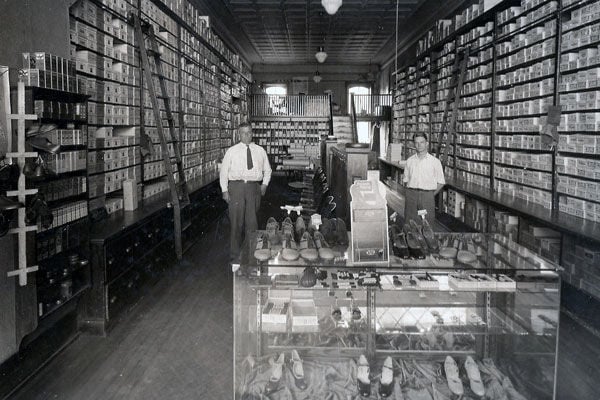 Pictured is the interior of Wendt Shoes in the 1930s, with Bill Wendt and Jake Freese. 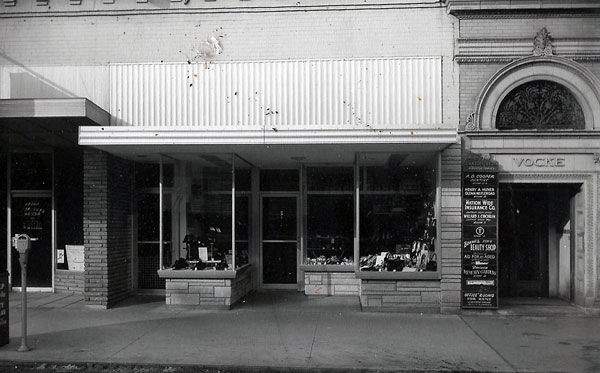 The front exterior of Wendt Shoes in downtown Napoleon was remodeled in 1968. 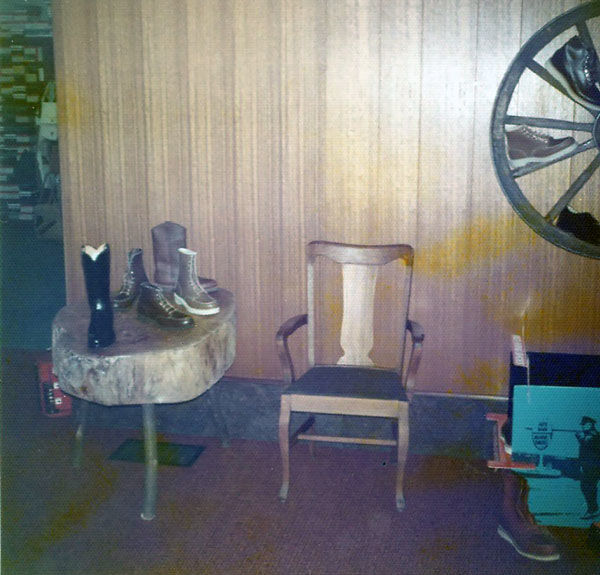 Pictured is the men’s side of Wendt Shoes in 1972 after the store expanded and underwent renovations. 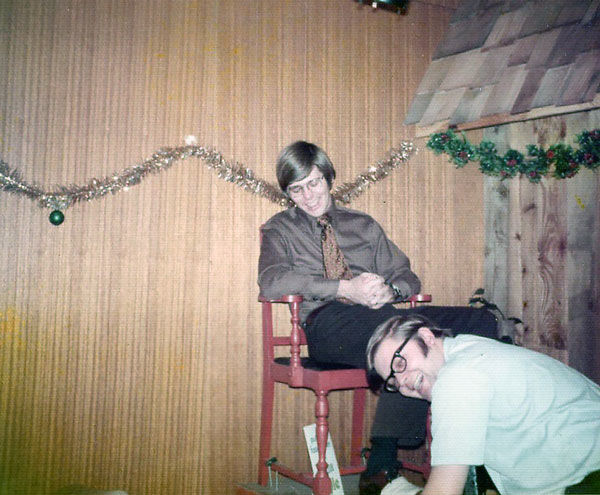 Wendt Shoes is wrapping up its 100th year in Napoleon. Owner Don Wiemken started working at the business in 1970 and purchased it in 1992.

Pictured is the interior of Wendt Shoes in the 1930s, with Bill Wendt and Jake Freese.

The front exterior of Wendt Shoes in downtown Napoleon was remodeled in 1968.

Pictured is the men’s side of Wendt Shoes in 1972 after the store expanded and underwent renovations.

Wendt Shoes has been a staple in downtown Napoleon for more than a century.

Established in 1919, the shoe retailer is wrapping up its 100th year, during which time many changes have occurred in both retail generally and the shoe business specifically.

Wendt Shoes was founded when William J. Wendt and Ed Bokerman purchased the John Reiser Jr. shoe store and continued providing a wide selection of shoes for the entire family. Dan Wendt would buy the business from his father, William, and own it until 1992, when current owner Don Wiemken purchased it after working there for more than 20 years.

A friend of Wiemken’s, Roger Nagel, was manager of the store in 1969 but was leaving to pursue a law degree and suggested Wiemken as a replacement to Dan Wendt.

“In 1970, I started,” Wiemken said, adding he’s the longest tenured employee of the store, followed by Hildegard “Kate” Ludeman and Bev Stiles.

Wiemken said Dan Wendt, who served as his mentor, passed away in December 2018.

In an article celebrating Wendt Shoes’ 85th anniversary published in the Jan. 26, 2005, Northwest Signal, Dan Wendt was interviewed and noted that much of the business’ success is due to Wiemken.

“Don is the best,” Dan Wendt said in the article. “He’s a dying art. He is probably the most knowledgeable shoe retailer around. Anybody who has sore feet, they (rely on) Don Wiemken.”

Wiemken said the longevity of the store is due to great customers and quality employees.

“Without the good customers, we wouldn’t be here,” Wiemken said.

“We lasted because of our knowledge of the shoe industry,” Dan Wendt said in the 2005 article. “You’ve got to respect that. You can buy the same shoes elsewhere for less, but you don’t get the knowledge.”

With large retailers such as Walmart expanding, compounded by the rising popularity of online shopping sites such as Amazon, Wiemken said adaptation was key and the store moved away from providing a full selection of shoes for the entire family to becoming more specialized and focusing on American-made products.

“The philosophy of William J. Wendt was if we took care of their kids, we would get the rest of their family,” Wiemken said, adding kids’ shoes used to account for 50% of sales. “That’s not the case anymore. We don’t sell any kids’ shoes.

“We started out as a family store, taking care of all of their needs, but you have to be specialized,” he continued. “As we progressed through the 100 years, we had to focus on higher-end merchandise and less vendors and try to have a lot of American-made products.”

The main vendors the business currently carries are Red Wing for men’s shoes and S.A.S. for men’s and ladies.

“We do sizes and widths. You’re going to have to have American vendors to do that,” Wiemken said, adding they also carry Powerstep Orthotics. “We sell a lot of those, and those are American-made, made in Ohio.”

Knowing what products people want is also key — something that Wiemken has learned over the years. While some trends might be popular in other parts of the country, that doesn’t necessarily mean that it will sell well in Napoleon.

“You can be on the cutting edge — it can go both ways,” he said.

That specialization is important as it draws customers in from other area locations such as Defiance and Bryan, oftentimes through word of mouth of family and friends.

“My customers have stayed with me,” Wiemken said, adding the store doesn’t see as much foot traffic anymore but people now come specifically to the store. “Our shopping habits have changed. There’s no just walking around, it’s a destination.”

Throughout his years at the store, Wiemken said the number of shoe factories has fallen from 1,700 to less than 50. He noted there were five shoe stores located in Napoleon when he started in 1970 — and Wendt Shoes is the only remaining one.

Wiemken recalled a holiday promotional coupon the store would offer to its customers — and if they didn’t use it, they were encouraged to pass it along to a friend or family member. When customers come in, their information and sizes are kept on file.

“That was how we got the customer base spread out — we got their friends,” he said. “Word of mouth is the best.”

Wiemken noted the physical storefront also offers a different shopping experience compared to online shopping — you can try them on before you buy — and there’s no shipping back products which don’t fit back.

“Here you can touch them and try them on,” Wiemken said.

The physical structure of the business, located at 725 N. Perry St., has also changed with time. The store once featured a cobbler, the front exterior of the store was remodeled in 1968 and the business expanded in 1972 into the space next to it.

On display in the business are memorabilia from years past — tokens representing vendors, some of which no longer exist, and showcasing popular shoe styles of the past — including a pair of hand-stitched baby shoes from the 1800s.

As for the future, Wiemken plans to continue serving his loyal customers.

“If God gives me good health, I’ll continue doing this,” he said.

Blagojevich: Trump didn't have to do this