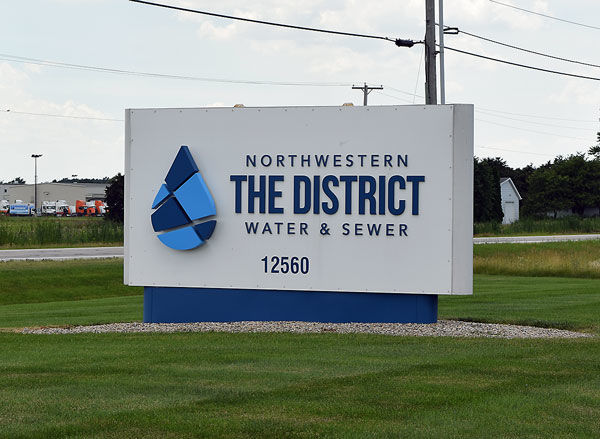 Earlier this year, the county district initiated a merger process with Northwestern Water and Sewer District due to financial concerns, as well as long-term issues regarding personnel and finding a more affordable water source. Northwestern has assumed operations of the district while the final merger was worked out, and the process now moves into the court system.

At a Henry County Regional Water and Sewer District meeting in November, Brad Ruwe, the Henry County board’s legal counsel, indicated the matter is scheduled for Wood County Common Pleas Court Monday at 3 p.m. That petition, filed by Northwestern’s legal counsel, asks the Wood County court to undertake jurisdiction and acknowledge the merger of the two districts — with Northwestern being the surviving district — and to change the composition of Northwestern’s board to add a 10th board seat which will be appointed by the Henry County commissioners. The petition in Henry County Common Pleas Court is scheduled for Thursday at 9 a.m. and that requests the current Henry County board composition be changed from five members to one member and transferring the case to Wood County.

The City of Napoleon filed two court actions in Henry County — the first is a request to reschedule Thursday’s hearing and an objection to the merger, as well as its request to intervene in the case. The second action is a separate civil lawsuit filed against both districts that alleges the merger interferes with the current water purchase agreement between the city and the Henry County district.

The filing by the city alleges the Henry County district can “only assign its rights and duties under the water agreement to the Henry County Ohio Board of County Commissioners” and so the contract can’t be transferred to Northwestern as is planned if the merger is approved.

“The City of Napoleon objects to the proposed merger transaction ... because it will harm the city’s interests and the interests of third parties and the public, it will not be conducive to public health, safety, convenience or welfare and/or it will adversely affect the continued operation of the district,” reads a portion of the filing.

The filing also alleges city officials have attempted to discuss that issue with Northwestern and Henry County representatives, but Northwestern “canceled the meeting and has refused to cooperate in discussions.”

“We’re still having negotiations with the satellite communities, the Northwestern District, the Henry County commissioners and all the parties involved, and we’re hoping this is just a formality,” said Napoleon City Manager Joel Mazur.

He added the city felt, due to the timeline of the legal process, that something needed to be done now.

“We felt like we had to take some sort of action but we’re still in negotiations and we’re hoping this is just a formality and won’t be necessary,” Mazur said.

A similar filing was made in Wood County Common Pleas Court to postpone that hearing.

Jerry Greiner, president of Northwestern Water and Sewer District, said Friday they sent a response to Wood County court asking for Monday’s hearing to go on as scheduled, citing the urgency of completing the merger. Greiner said a similar response is being drafted in Henry County asking Thursday’s hearing to be held as scheduled.

“Our concern is the urgency,” Greiner said, adding the Henry County district has another $84,120 in loan payments due at the beginning of January. The tentative goal to have the merger officially in effect has been Jan. 1. “We want to protect the customers and make sure the organization stays in good fiscal order.”

Greiner disagreed with the assertion by the city that Northwestern has refused to cooperate in discussions, stating Northwestern officials have been in talks with city officials since October. Greiner also questioned why the city waited to file the motions until one business day prior to the Wood County hearing date.

Overall, Greiner said Northwestern believes the water contract language is not at issue for these hearings, which he said are intended to provide an opportunity for any customers of the districts to express opposition to the changes and for the courts to bless the merger.

“Their (Napoleon’s) citizens are not users (of either of the two districts),” Greiner said.

The two water districts have stated customers will benefit from the merger from upgrades to operations and maintenance and customer service issues, including billing and collections.

The city is also alleging its rights have been violated by Northwestern assuming operations of the Henry County district prior to the courts’ approval of the petitions and that it has already harmed the city’s contractual interest and rights.

“The merger transaction will also harm the city’s interests and expectations under the water agreement and could lead to the city having a significantly reduced ability to maintain its water system and service to outlying communities including the Village of Florida, Village of Malinta and Village of Liberty Center,” reads a portion of the filing, which also states the merger would harm Henry County residents by reducing their representatives from five on the current board to one on the Northwestern Board. “The City of Napoleon entered into the water agreement with the expectation the primary control of the water district would be invested in Henry County residents and that the physical location of the HCRWSD facilities necessary to facilitate water services would be within Henry County, which will no longer be the case if the merger is approved.”

The city’s filing also alleges it has been damaged in excess of $25,000 as a result of a “breach of contract” by the Henry County district and by both districts’ “tortious interferences with the City of Napoleon’s contractual and business relationships.”

Greiner said Northwestern is operating the Henry County district as if it’s been contracted to do so. Both districts’ boards previously approved a temporary operations agreement earlier this year, as well as a merger agreement, one Sept. 4 and one on Sept. 26. Greiner said, according to Ohio Revised Code 6119, the merger agreement by two-thirds of both boards puts the “merger into effect” pending a 90-day public comment period that district customers can express any opposition. He added the courts’ blessings are being sought for the merger, as well as approval of the change in formation of the respective boards.

The city is asking the court to dismiss the merger petition; issue a declaration the Henry County district can only assign the water agreement with the city to the Henry County commissioners; award monetary damages against the two water districts in an amount to be determined at trial; and award the city costs of the court action and attorney’s fees.

Ultimately, Greiner said Northwestern, as well as Liberty Center, has been in negotiations with Napoleon officials regarding the water contract, including the city dropping the surcharge and lowering the rate. One outstanding issue Greiner identified is the need to have a formula or similar mechanism that is tied to the water rate charged by the city.

“The rate needs to be supported by something,” he said. “Do they want to sell us water or not? If not, we have other options that are cheaper.”

CNN reporter: This is most chilling part of Trump audio ...