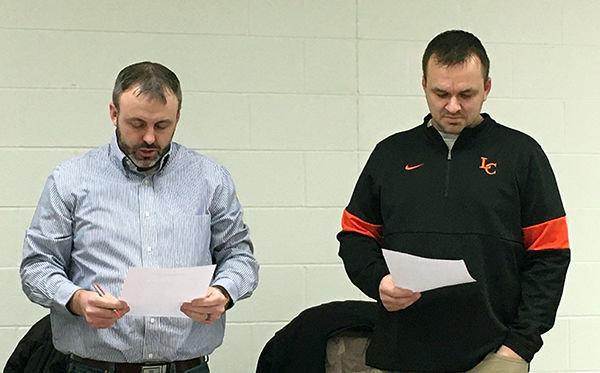 Neal Carter (left) was elected Liberty Center Local Schools Board of Education President for 2020, and Todd Spangler was elected vice president. Both read their oaths of office for the positions Monday. 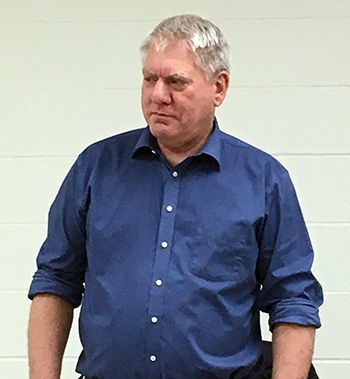 Jeff Benson gave his oath of office to begin a new term on the Liberty Center Local Schools Board of Education Monday. 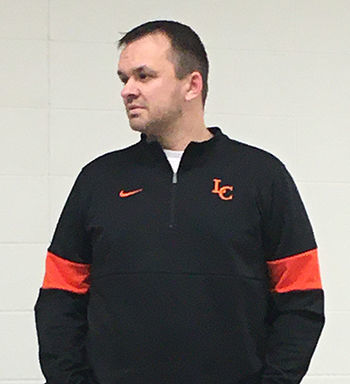 Todd Spangler gave his oath of office to begin a new term on the Liberty Center Local Schools Board of Education Monday.

Neal Carter (left) was elected Liberty Center Local Schools Board of Education President for 2020, and Todd Spangler was elected vice president. Both read their oaths of office for the positions Monday.

Jeff Benson gave his oath of office to begin a new term on the Liberty Center Local Schools Board of Education Monday.

Todd Spangler gave his oath of office to begin a new term on the Liberty Center Local Schools Board of Education Monday.

Superintendent Richie Peters reported clear weather has allowed the solar array project on the campus to proceed without interruption. He said the racking has been completed and approximately 75% of the panels have been installed.

Peters said the project is currently ahead of the original plan, but efforts are still necessary to coordinate the utility hookup to confirm that the project meets regulations and it will not disrupt classes. He said the project is still on schedule for a completion by mid-March or early April, adding he hopes the district can start realizing savings on the generated electricity in the near future.

The district and Entrust previously reviewed the land on campus and identified space to the southwest of the school facilities as the site for the array. This location is in a retainage pond area, so the land wouldn’t be available for the district to use for sports and school activities.

The 2-acre section of land will allow up to 62% of the district’s electricity to be generated by an array. The project agreement has the Liberty Center district purchasing that electricity at 9 cents per kilowatt hour over a 25-year period.

Peters also reported Rupp-Rosebrock, Inc., recently submitted a low bid for a future restroom/concession stand project for the football stadium through the district’s design-build agreement with Garmann-Miller & Associates. Peters said district representatives were able to meet with the firms Wednesday to discuss the project.

Peters said the Athletic Boosters, who sought to update the stadium’s concession stand, is “fully on board” with the collaborative effort.

“It’s a true partnership,” he said. “We’re in it together to get the best building on the budget we have.”

Peters added Liberty Center Athletics Boosters President Mark Bly has been involved, and another meeting will be held with the firms to get a final number of the costs so they can be presented to the board for its next meeting. The goal is to have the project complete by mid-August so it is available for the football season.

Peters said the district recently received correspondence in regard to closing out its Ohio Facilities Construction Commission project for the K-12 facilities. He said it will hopefully be handled in the next week, and the district plans to use its remaining balance from the project toward the locally-funded initiative project of the restroom/concession stand.

In other updates, Peters reported the district will use this year’s school safety grant funds to purchase three door security boots for rooms used for the preschool that are located in the administrative building (the former ‘90s addition to the previous facilities). Peters said the new K-12 facility through the OFCC allowed the district to obtain door boots for those classrooms, but those funds were not applicable toward the doors for that building.

Peters said it is expected there will be grant funds remaining, and these will likely be applied toward assemblies or training.

Peters also reported the 2020-21 school year calendar will be presented to the school board at its next meeting. He said a change was proposed to have parent-teacher conferences earlier in the school year, and this requires a memorandum of understanding with the union.

The board also met to organize for 2020 prior to Monday’s regular session. The board:

•Established a district records commission consisting of the superintendent, treasurer and board president.

•Authorized the treasure to request an advance tax draw from the Henry County and Fulton County auditors.

•Appointed Peters as the purchasing agent for the district.

•Authorized Peters to enter into collective/individual agreements with Ohio colleges and universities for terms related to College Credit Plus, accept resignations submitted by employees and offer employment to candidates of teaching/nonteaching positions.

•Appointed the board vice president as treasurer pro tempore in the absence of the treasurer.

Avlon: Truth was in short supply at impeachment trial

Ranch girl, Caucus-chella and Klomentum: This is campaigning in Iowa