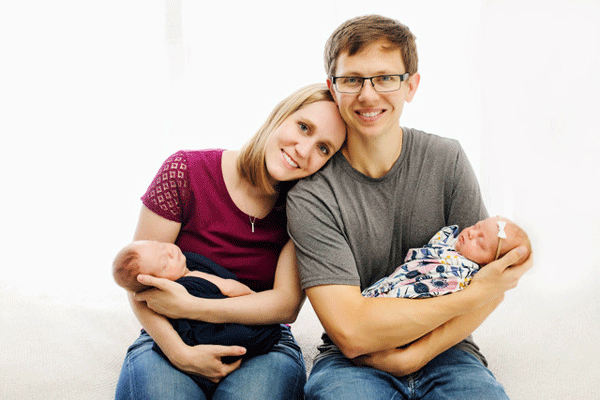 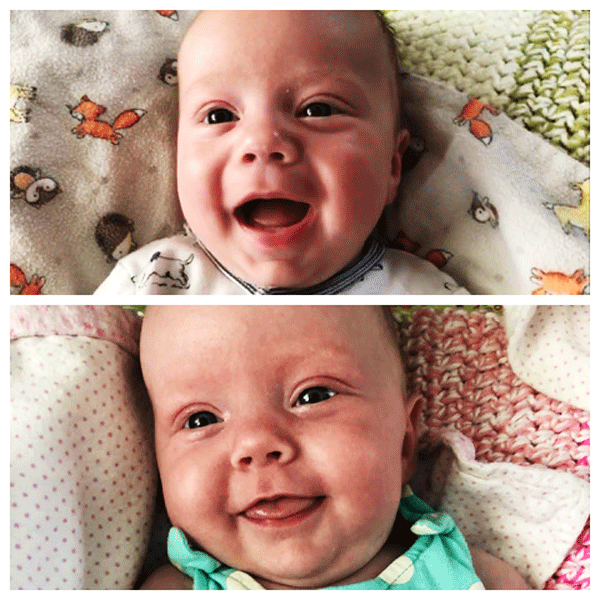 A local couple found out help comes from even those you don’t know when you’re in crisis and are part of a small town.

Eighteen weeks into the pregnancy, which was late in January, Becky was checked into the hospital following a significant bleed.

“They found out our twin A, our boy Max, had an umbilical cord problem where it didn’t attach to the middle of his placenta,” Becky said.

She added the cord and placenta were attached by blood vessels that laid over her cervix. The condition is called vasa previa, and only occurs in about 1 in 3,000 pregnancies.

“If I were to dilate at all, those blood vessels would rupture,” Becky said. “Essentially, leaving him disconnected from oxygen.

That same day, her doctors told her she would not be going back to work for the remainder of the pregnancy.

“Imagine, one day you leave from work and you don’t come home for months,” Becky said.

She was put on bed rest in her parents’ home in Sylvania, her hometown, for five weeks because it was closer to the hospital. At 23 weeks, she was admitted to the hospital, in a room that was as close as possible to the operating room in case anything should happen.

“They would have four minutes to get the babies out,” she explained.

While she was in the hospital, husband Aaron continued to work but visited every day, until the health pandemic caused by COVID-19 shut nearly everything down, including school.

“At that time, Aaron just stayed at the hospital full-time with me,” Becky said.

She added she barely noticed the pandemic quarantine going on because she had been quarantined for several weeks prior anyway. Aaron said he eventually feared leaving the hospital because he might not be let back inside.

“I basically went home once a week to do laundry,” Aaron said. “All the virtual teaching, I was doing from the hospital room.”

During their hospital stay, the giving heart of the community really came out in support of the couple.

“My students were so sweet, they sent me emails, Aaron teaches younger ones and they sent letters and made cards,” Becky said, adding staff also helped her long-term substitute get quickly up to speed before classes were forced to close.

“My co-workers did everything they could to help me out with the classroom stuff,” Aaron added. “A lot of my co-workers, the people they go to church with, made us food, a lot of freezer meals, gift cards, everything to get us through and we didn’t ask for it. They just did it.

“That’s what we were most appreciative of,” he added. “They just jumped in and helped us out to a point we didn’t even think was possible.”

“It was just an outpouring of support,” Becky added. “Things I didn’t even know I needed.”

“We’re just really proud to work for Napoleon,” Aaron said. “Just happy to work with all those people that are from Napoleon. It’s just great.”

The twins were born at 31 weeks when Becky began experiencing minor contractions and it was decided they were safer outside than in, and then they spent seven weeks in an incubator. Becky said when the twins were born, it was like a weight had been lifted.

“Once they give you that news, I kind of felt like I was a ticking time bomb, at any time those blood vessels could have ruptured,” Becky said. “Once they were born it was a relief, because they were here.”

They came home a couple of weeks before what should have been their due date.

Max was born at four pounds while Quinn, a girl, weighed three pounds and five ounces at birth. Now, Max is up to 13 pounds and Quinn is 11 pounds.

“So you do their milestones, when they should be doing different things, by their adjusted age,” Becky said.

“They’re smiling, cooing, they’ve rolled over,” she added. “At this point, everyone is thrilled.”

However, being premature and with COVID going on, the couple has not really had a chance to show the twins off to all those people who have helped, but they hope to be able to do so soon.

“We’re looking forward to being able to share them,” Aaron said.

Vasa previa is a rare, but potentially fatal condition that occurs when fetal blood vessels from placenta or umbilical cord cross the birth canal under the baby.

It only occurs in about one in 3,000 pregnancies but has a fetal mortality rate estimated at 95% if not diagnosed prenatally.

It may be asymptomatic but can also sometimes be present with the sudden onset of vaginal bleeding in the second or third trimester.

"The biggest thing is catching it and diagnosing it," said Becky Walston. She recently gave birth to twins, one of whom was diagnosed with vasa previa.

"You have to have a C-section, you can't go into labor," she added.

"We had somebody in our lives who came forward and said they had lost a baby to this, it was undiagnosed," she added.

Once diagnosed, near constant monitoring and preparedness is often needed in order to vastly improve survival.

Acosta to McEnany: Shouldn't the President tell the truth?

Breonna Taylor: What you need to know