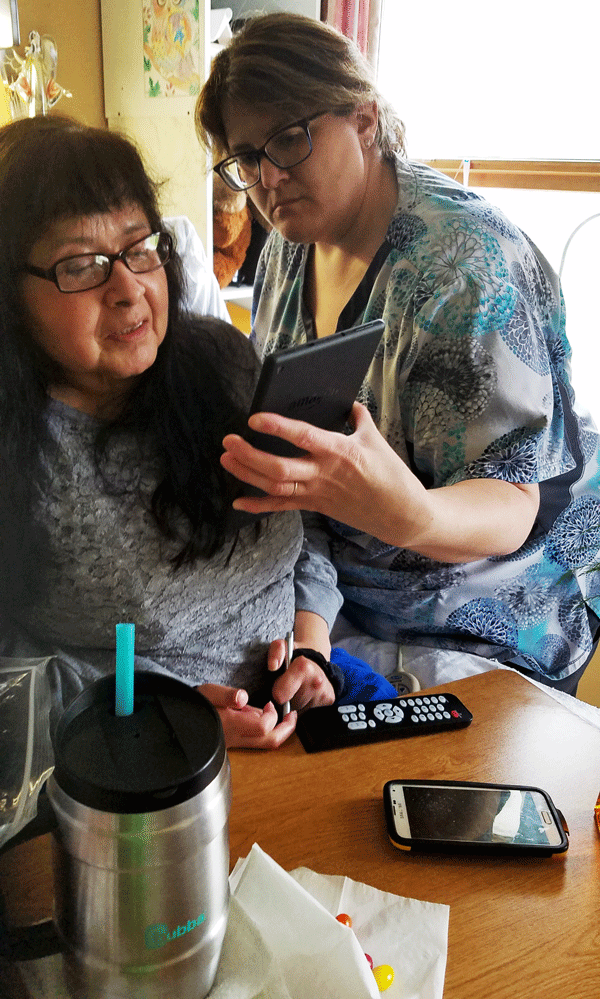 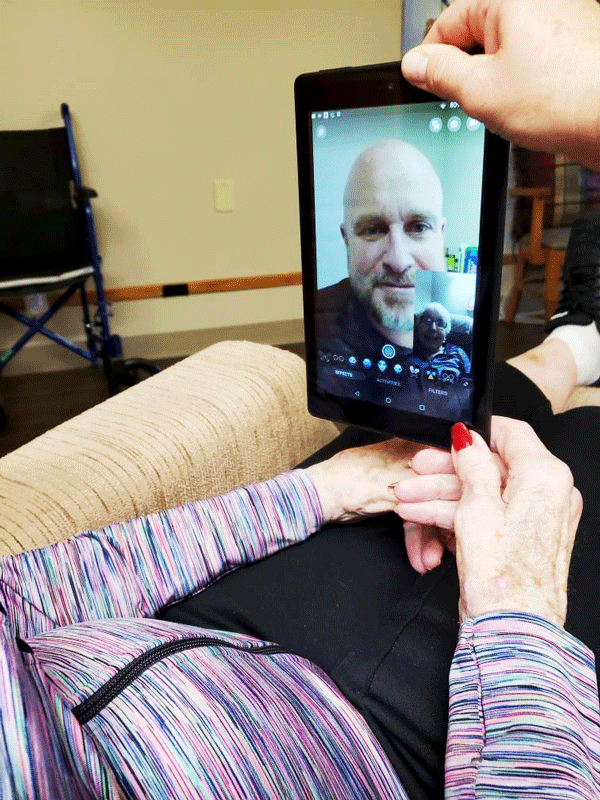 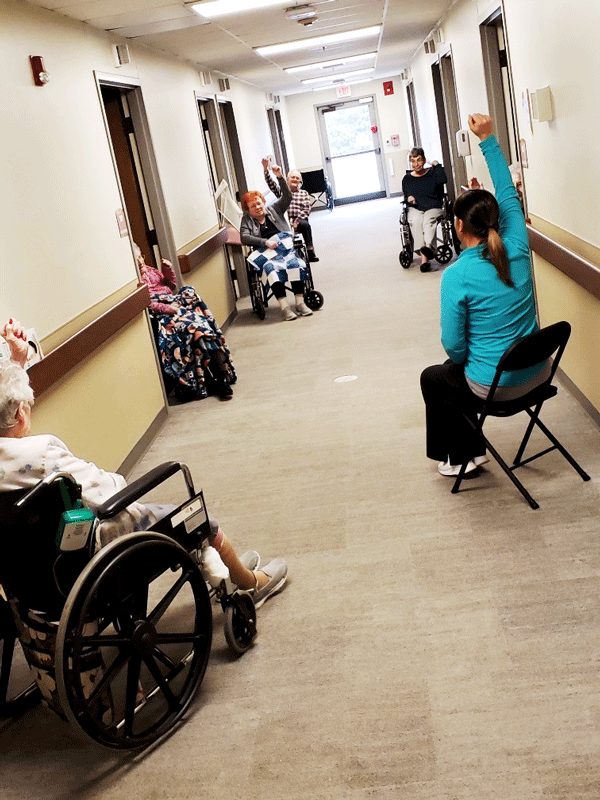 Activities continue at Genacross of Napoleon for residents while also continuing to observe social distancing protocols. 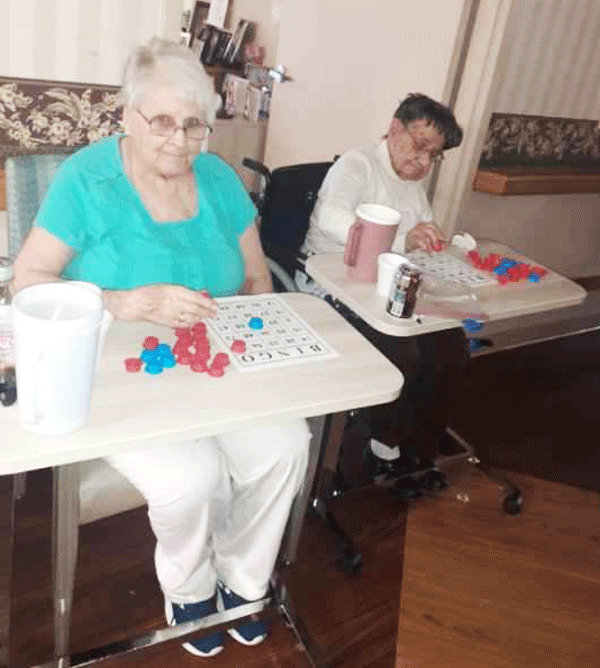 Joy Sintobin and Pat Eberly play bingo in the hallway at Northcrest Rehabilitation and Nursing.

Activities continue at Genacross of Napoleon for residents while also continuing to observe social distancing protocols.

Joy Sintobin and Pat Eberly play bingo in the hallway at Northcrest Rehabilitation and Nursing.

A forced lock down for health reasons can be hard for those living in nursing facilities, but the staffs in the area are finding ways to keep residents in touch with families.

While it’s not the same as having them in person, local facilities are making use of technology to make sure family, friends and residents can stay in touch despite the stay-at-home order.

“Our ministry support furnished us with several tablets, and we take them into the rooms and the residents can spend as much time as they want on them,” said Jessica Kirkendall, director of Genacross Lutheran Services — Napoleon campus.

“The family can call our activities director and she’ll take the tablet to the resident’s room and make sure they are connected,” Dunlop said.

Both places said they are using Skype or Zoom for the meetings, so family or friends will need to download those apps. Both are also asking family and friends to sign up for specific times to make their calls.

While it’s not the same as having loved ones right in the room, both directors said residents appreciate the effort.

“We had one male resident who said, ‘Oh my gosh, there’s my wife on the television!’” Kirkendall said.

Dunlop said some residents are becoming familiar with social media site Facebook since the facility is making a special effort to post more photos to that site.

“We’ve been making an effort to take pictures and posting them on Facebook, especially if a family member sends flowers or something,” Dunlop said. “Then we take a picture and send them a copy as well as post it on Facebook, if they are OK with it.”

She said when the photos are posted to Facebook, they can make quite the impression.

“We showed one resident he had a bunch of likes and he was really excited,” Dunlop said.

“And when family comments on a photo, I make sure to let them see it,” added Kelly Stroud, admissions director for Northcrest.

Window visits have been popular at both facilities. Visitors can simply pop up at the windows for a quick wave if they want without appointment, but if they want the resident to be available at the front door prior arrangements should be made.

Dunlop said they have a cordless phone that can go from room to room for more traditional calls, also.

“It’s constantly busy right now,” she said with a chuckle.

Dunlop said there is also an email address that can be used to send personal messages to residents and the staff will print it out and take it to that resident.

Kirkendall said the activities director has set up a menu of activities that each resident can choose from to make sure they are not doing the same thing each day and to give them a choice.

“She takes it room to room and asks the residents what they want to do to keep things fresh,” Kirkendall said.

She added the entire management staff has pitched in to make the situation as tolerable as it can be.

The community support has also been overwhelming. Local floral shops have made arrangements to help get residents flowers, and family have also donated various goodie bags.

“It’s really great the community has come together so much,” Dunlop said. “It’s been kind of tough (on the residents), but they are doing really well.”