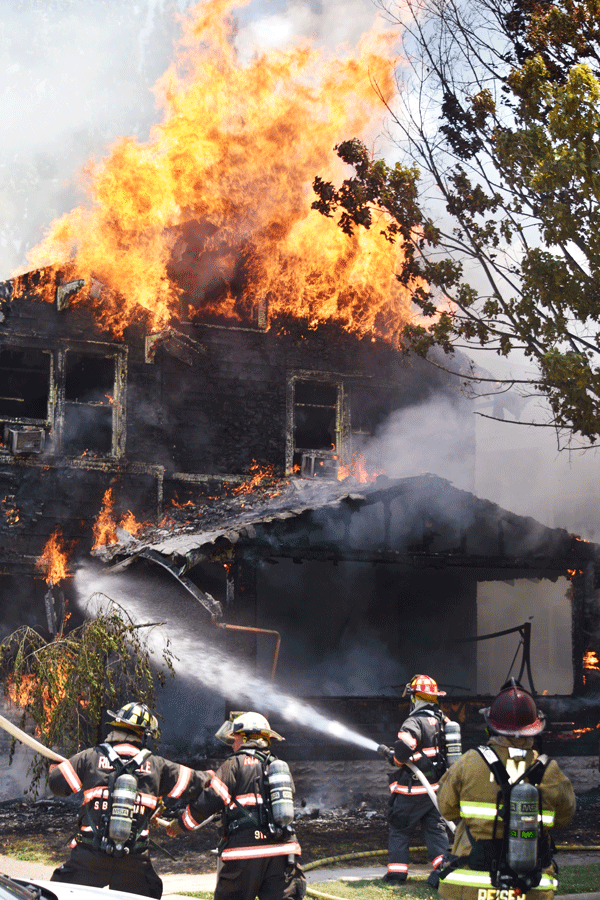 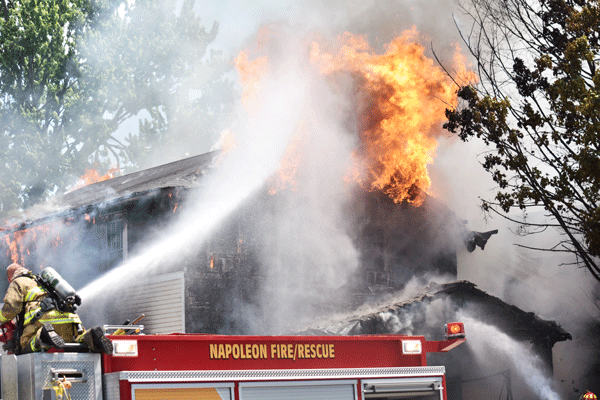 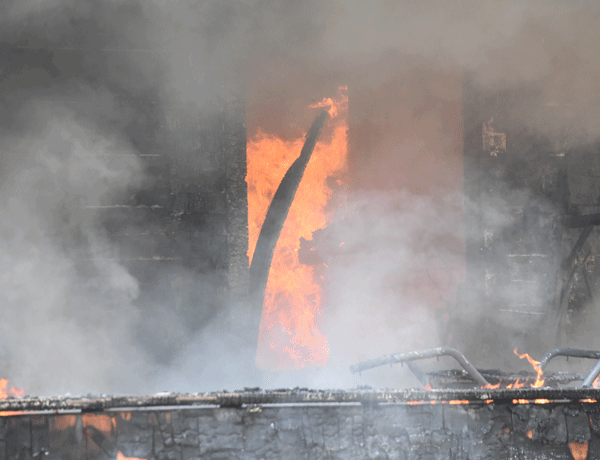 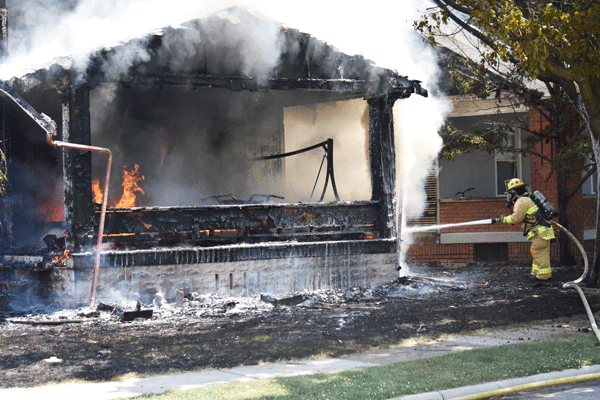 One person was killed and three others injured in a house fire in Napoleon Friday afternoon.

Napoleon Fire and Rescue was called to 906 Lumbard St. around 2 p.m. for a structure fire. When crews arrived, the house was fully engulfed in flames, according to public information officer Napoleon Police Lt. Edward Legg.

He confirmed the fourth victim died in the house and was being recovered by fire and rescue.

Legg added the injuries suffered by the surviving victims were burns.

Legg said he could not confirm whether there had been an explosion or not.

Another neighbor said he saw a woman exit with two children while yelling that someone was still inside.

The state fire marshal’s office and the Henry County coroner were called to the scene. No cause is known at this time.

Crews were still cleaning up the area into the early evening. Roads in the area were closed to traffic for several hours while crews battled the blaze.

Cases of water and snacks were provided to emergency responders and neighbors by Together We Can Make A Difference Initiatives, and one neighbor brought a pitcher of water and cups for emergency crews.

Why Florida is a battleground state like no other

Want to vote in person? Here's how to judge the risk