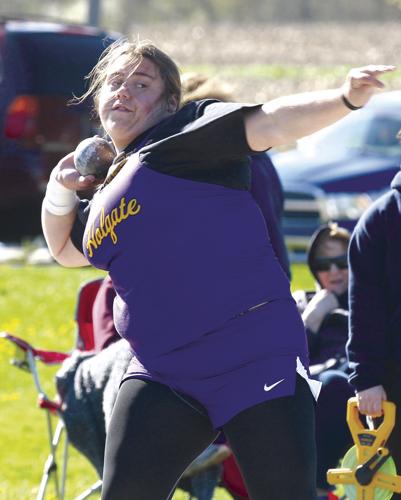 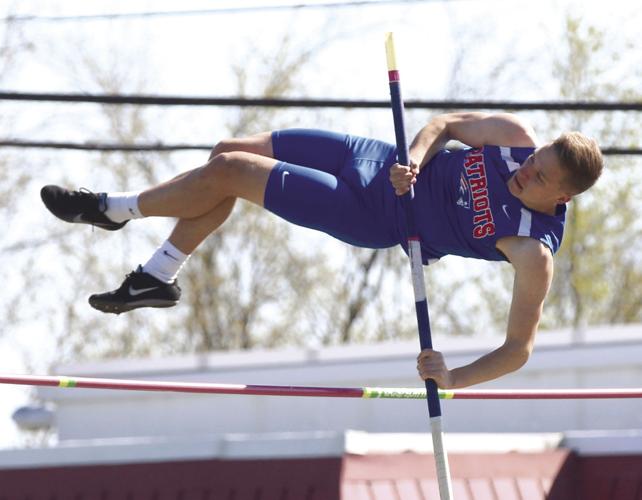 Meyer, Baird, Holloway and Bostelman each added a handful of top-four finishes for the Lady Patriots.

Meyer was fourth in the 400 and Bostelman placed fourth in the 800, while other fourth-place finishers for the Lady Patriots included Emily Gillson (1600) and Olivia Rettig (3200). Allie Arnos (high jump), Kelsey Smith (pole vault) and Weber (long jump) had third-place finishes in the field events.

Justine Eis added a win for the Lady Tigers, tossing a 37-01 to hold off Jolynn Eis (2nd, 35-10) in the shot put. Jolynn Eis took fourth in the discus with a throw of 102-08, while Kaylynn Ashbaugh was third in the 1600 and teamed with Hannah Swary, Ruth Bok and Miriam Bower to finish third in the 3200 relay.

Hailey Wooley had a heave of 114-08 to win the discus for Archbold, while teammate Sophie Rupp cleared 4-10 to place second in the high jump.

Patrick Henry and Holgate both won one event in the boys events.

Ethan Rohrs cleared 11-06 to win the pole vault for the Patriots, while the Tigers’ Jason Jordan placed first in the 400 with a time of 53.00.

PH’s Will Seedorf was the runner-up in the shot put by half an inch, tossing a 45-09. Cody McCance finished third in the 800 and teamed with Ryan Kurtz, Luke Bostelman and Brennan Yates to take third in the 3200 relay.

Gavin Bailey was the runner-up in the high jump for the Bluestreaks, while Cole Plassman took second in the 110 hurdles and fourth in the 300 hurdles. Caleb Harrow placed third in the 3200.

Patrick Henry and Archbold compete in the first day of the Northwest Ohio Athletic League Championships at Archbold Tuesday, while Holgate returns to action Saturday when it hosts the Buckeye Border Conference Championships.