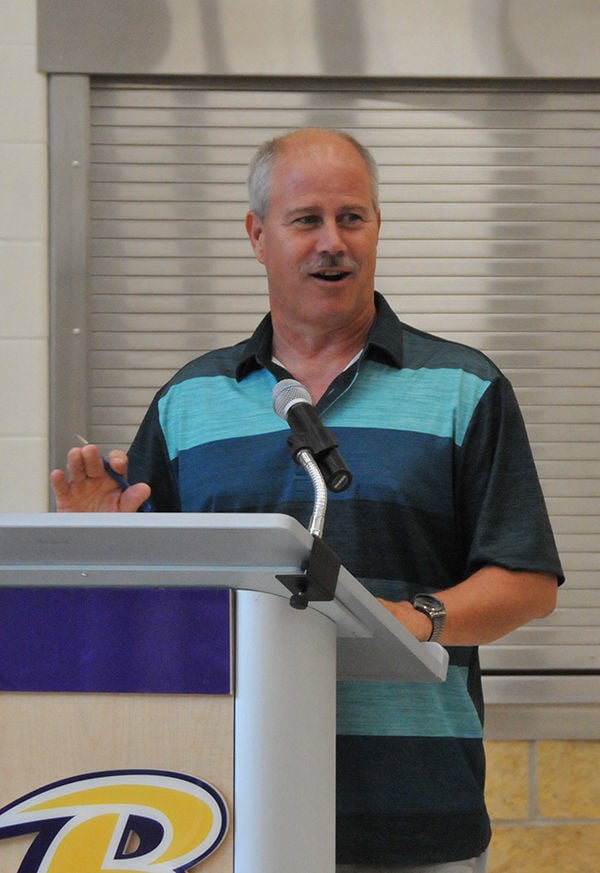 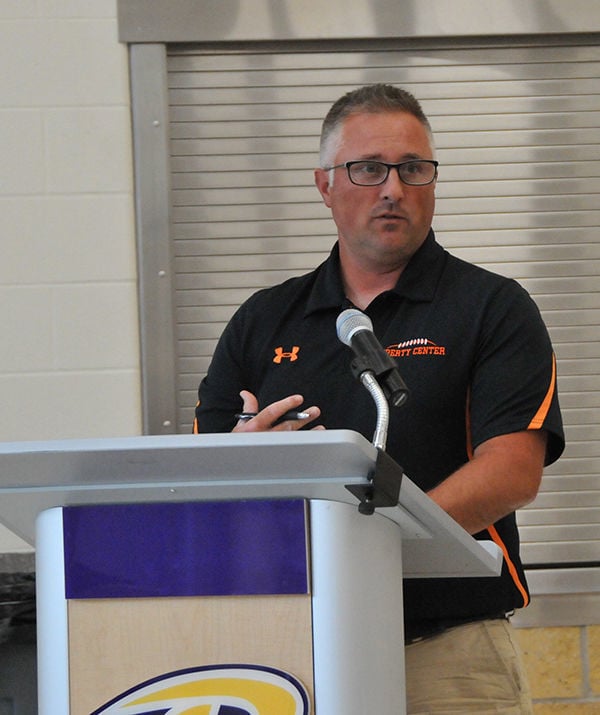 BRYAN — Patrick Henry football coach Bill Inselmann said he knew the target was going to be firmly on the backs of his Patriots coming into the 2019 season, but now it’s official.

PH was tabbed as the favorites to win the Northwest Ohio Athletic League by a coaches’ poll Sunday at Bryan High School, receiving seven of eight first-place votes. Bryan was voted second, while Liberty Center and Archbold tied for third. The Streaks received the remaining first-place vote.

The vote came after the Patriots won the 2018 NWOAL title, winning seven-straight games after opening 0-3 to start the season, a run Inselmann says gave his team confidence to sustain excellence.

“Right now, we have guys on this team that expect to win,” Inselmann said. “I’ve had some great teams at Patrick Henry that were full of guys that wanted to win, but these guys expect to win. That’s a big difference.”

PH returns 15 letterwinners from last season as part of a roster of 45 players, fewer than all but two teams in the league (Delta 39, Swanton 42).

Liberty Center coach Casey Mohler said he expects the Patriots to not only win the league, but also make a deep run in the tournament.

“This year, I think anyone in the league has the chance to beat anyone, except for PH,” Mohler said. “I expect them to be right at the top of the league, and I think they are going to make some noise in the tournament, and I think (Inselmann) knows it, too.”

Bryan was picked to finish second with 52 points, 10 back of PH and six ahead of Archbold and LC.

“We are going to have some good team speed with experience at the skill positions,” Bryan coach Grant Redhead said. “Another area I like for our team is the experience we have on both sides of the line this year. I think that is an area that we are going to be much improved in.”

The Tigers tallied 46 points a year after placing second in the NWOAL and playing in the state semifinal.

“Hopefully, the returning experience we have coming back will help us a lot,” Mohler said.

LC lost 19 starters from a season ago.

“We’re going to be really inexperienced up front,” Mohler said. “That’s one thing about this league is that you have to be good up front, and it’s an area we are really young in. We have to be able to develop leaders to continue the momentum we’ve got as a program right now.”

The meeting also served as an introduction to the league for three newcomers to the NWOAL head-coaching ranks, as Shawn Moore (Wauseon), Denton Saunders (Swanton) and Nate Ruple (Delta) take the reins for the first year.

Moore replaced Travis Cooper, who resigned after the 2018 season, while Saunders took over for Randy Kerns. Ruple took over for Jeff Wolford.

Packers will rely on players, staff to ‘make the right choices’ amid COVID-19 pandemic

This is one of the world's richest athletes