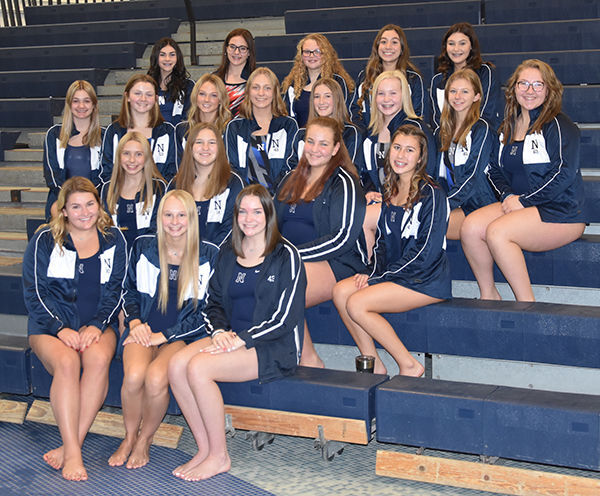 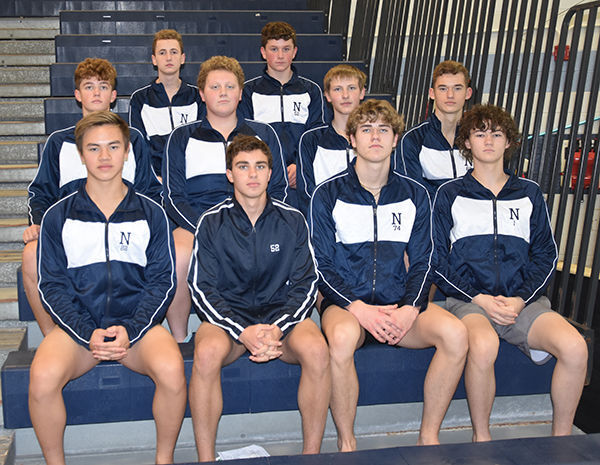 There is still plenty of talent on both the Napoleon boys and girls swimming and diving teams, there just isn’t a lot of depth for either squad.

The Napoleon boys team has 11 swimmers and no divers, while the Lady Cats feature 13 swimmers plus seven divers.

“We have a small boys team, but they are all experienced and solid swimmers,” said Napoleon swimming coach Denise Brown. “The girls is pretty much the same as the boys, we need to focus on ourselves. We have to focus on getting stronger and faster. It’s not always about the other team, just get in and compete and race the person next to you.”

Due to the COVID-19 pandemic there will be no spectators at swim meets and teams are limited to the number of swimmers allowed on the deck.

“This year, because of our (smaller) numbers, it isn’t as big a deal as it would have been in the past,” said Brown. “We have to be concerned with how many people are on the deck and how many people that can travel to a meet. When we’re in the pool, we’re safe.”

Already this season the NWOAC Relays have been canceled and Bowling Green State University, where the Northern Lakes League Championships and the district meet are held, is not allowing outside organizations to use its natatorium.

With all that, the Wildcats are preparing for another successful season.

The boys are led by junior Kyle Hudson, who has twice qualified for the state meet in multiple events. Last year he placed eighth in the 200 free and seventh in the 100 backstroke at the state meet. He was also part of the 400 free relay team that advanced to the state meet.

Senior Khalil Tran was also on the 400 free relay, along with Levi Spring and Clay Gyde, who both graduated.

Also back for the Wildcats are Brett Bostelman, Spencer Cashman, Mitchell Griffith, Alex Gyde, Cade Perdew, Micah Spring, Mason Switzer and Jon Fouty. Caden Stover is the only newcomer on the Napoleon boys roster this season.

“We want to improve and compete,” said Brown of the Napoleon boys team. “We are not worrying about team points or where we stand in the league. We want to go out and compete and let the rest of it take care of itself.”

The Lady Cats are led by senior Kayle Nagel, who placed fourth in the 50 and 100 freestyle at the state meet last year. Nagel was joined by Hope Buchhop, Mary Carpenter and Brittany Boysel to qualify for state in the 400 free relay.

Boysel graduated, while Buchhop is a senior and Carenter is a junior this season. Also returning for the Lady Cats are Addison Speiser, Elle Koesters, Natasha Konstantinova, Shannon Finn and Emma Bostelman. Freshman Calista Zapata is expected to make an immediate impact.

“The girls are young, but they will improve,” said Brown. “They have already come a long way from last year to this year.”

Missouri turns defense into offense in win over South Carolina

Mark Smith back in rhythm as Missouri downs South Carolina