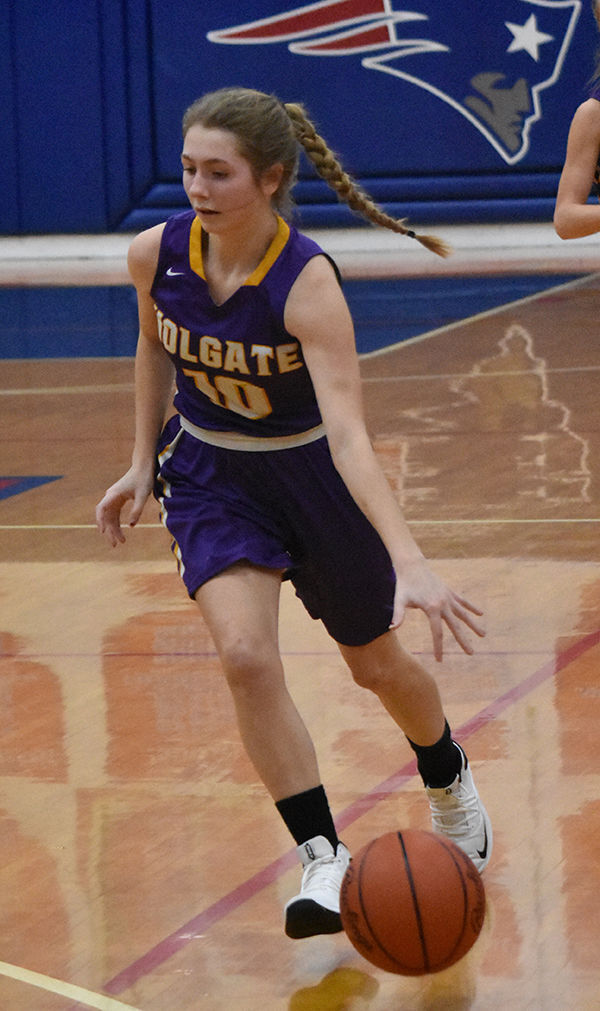 Holgate’s Bailey Izor brings the ball up the floor during a game last season. Izor is the lone senior on the Lady Tigers’ roster this season.

Holgate’s Bailey Izor brings the ball up the floor during a game last season. Izor is the lone senior on the Lady Tigers’ roster this season.

HOLGATE — The Lady Tigers return eight letterwinners and four starters from last season’s team, creating some optimism around the program.

“It’s nice (to have so many players back),” said Holgate girls basketball coach Scott Giesige, who is starting his fourth season leading the Lady Tigers. “We are still relatively young, but it is nice.”

Holgate did lose Raena Willett, the team’s leading scorer last season, when the Lady Tigers went 2-21 overall and 1-6 in the Green Meadows Conference.

Bailey Izor, a returning starter, is the only senior on this year’s roster. Other starters back from last season are juniors Justine Eis and Carissa Meyer and sophomore Olivia Blaker.

“Having this many back it’s nice because you don’t have to go over everything with them, they know what we want to do and can just go right into drills,” said Giesige. “I think depth is going to be one of our strengths, with eight letterwinners back we have some versatility to play with.”

Eis averaged nearly a double-double last season and is the leading returning scorer and rebounder for the Lady Tigers.

“Justine is our strength inside,” said Giesige. “We are looking for some big things from her. I also think our defense will be much better.”

As for where his team can improve, Giesige pointed to ball handling.

“It’s the same thing as last year for us,” he said. “We had way too many turnovers. We averaged more than 20 turnovers per game. It’s not so much that we gave up easy points, but those were lost opportunities for us to score. It also put us in holes that were hard to fight out of.”

This is the final season for Holgate in the GMC and Gieisge points to Wayne Trace, which won the league last season, as the favorites to win it again. He also said Fairview and Hicksville will be top contenders.

“Our goal has got to be to keep getting better, so by the end of the year we are playing our best basketball,” said the Holgate coach.

Ten Hochman: The winner of Mizzou-Arkansas will be ...