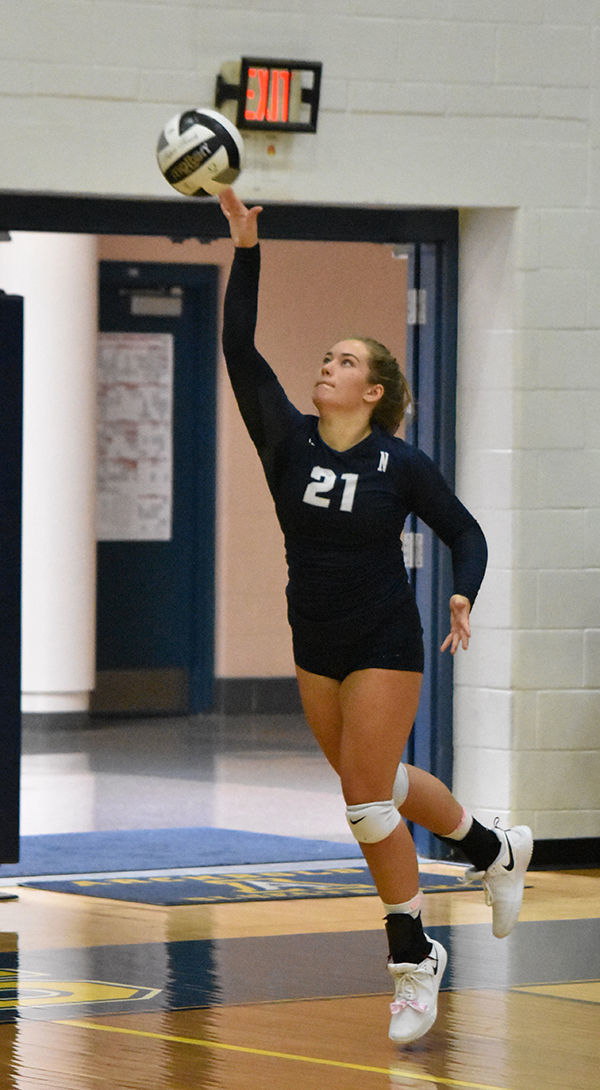 Napoleon’s Olivia Bostelman serves the ball against Fairview during a tri-meet at Archbold High School Saturday. 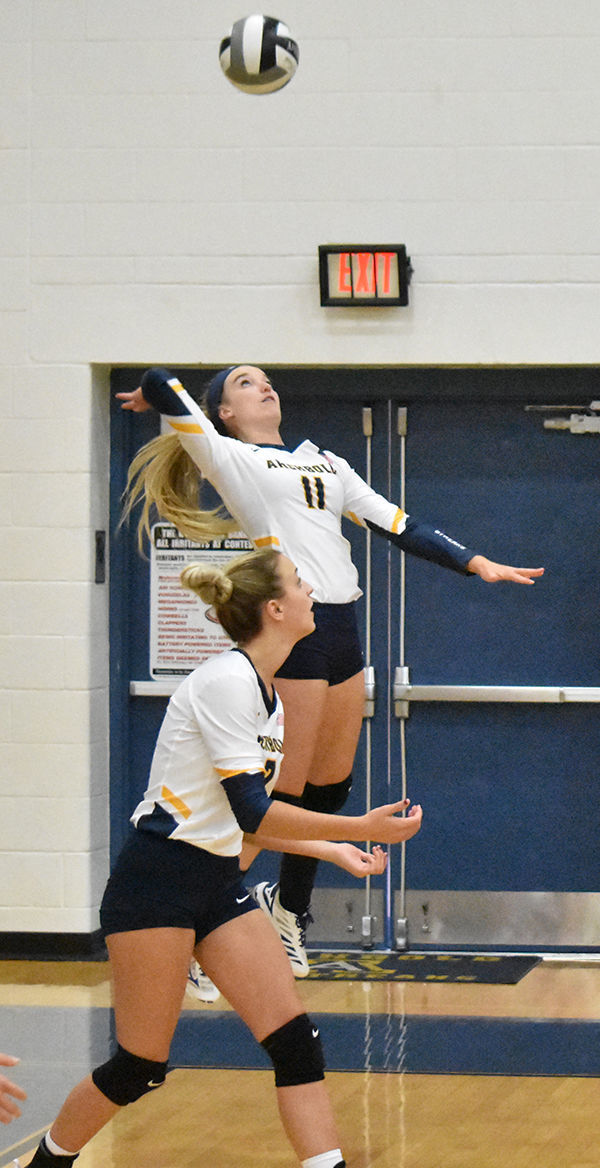 Archbold’s Kayla Boettger goes up for a spike against Napoleon during a tri-meet in the Thunderdome at Archbold High School Saturday.

Napoleon’s Olivia Bostelman serves the ball against Fairview during a tri-meet at Archbold High School Saturday.

Archbold’s Kayla Boettger goes up for a spike against Napoleon during a tri-meet in the Thunderdome at Archbold High School Saturday.

The Lady Cats split a tri-match with Fairview and Archbold in the Thunderdome. Napoleon lost to the Lady Apaches 25-23, 25-19 in the opener and then rebounded to defeat the Lady Streaks 25-20, 25-14 in the nightcap.

Stevie Rieger and Erica Sickmiller each had 10 kills in the two matches, while Olivia Bump added eight kills and Molly Rees made five solo blocks at the net.

Kalli Helberg combined to make 17 assists in the two matches.

For Archbold, Hadley Glavan and Kayla Boettger each had five kills against Napoleon. Galvan also made 11 digs and Addie Ziegler had seven assists.

Archbold is now 2-7 on the season. The Lady Streaks host Delta Tuesday for a Northwest Ohio Athletic League contest.

No individual statistics were reported from the match.

Liberty Center is 4-8 on the season. The Lady Tigers travel to Evergreen for a NWOAL match Tuesday.

Frances Tiafoe on racism and protests in the US

Sports stars react to US protests over George Floyd's death

Stephen Jackson on what is justice: 'We never had it, so I can't answer it'